Window Gate Installation: If you are interested in installing window gate, we can send you a technician for measurements. Our technician will show you the models and options including costs.

The measurement cost is $45.00
*Cost will be offset if you place an order. 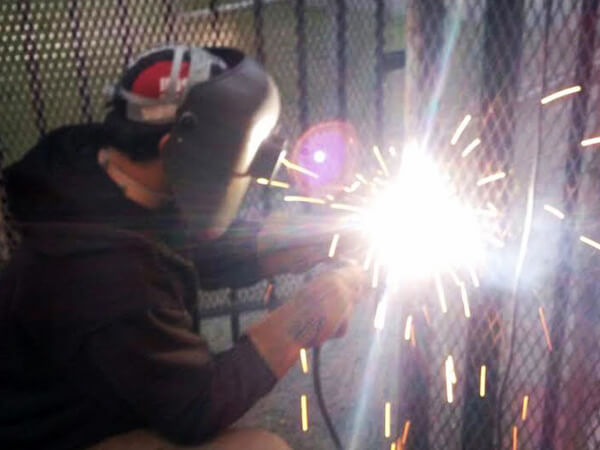 As a young man I lived all over Brooklyn and Manhattan. I stayed three years in a brownstone in Cobble Hill, four years on the Upper West Side, and 15 in a SoHo loft. Even after moving away I came back to work in the city for six summers, sharing apartments in midtown, the West Village, and Tribeca. In every neighborhood, I spent a lot of time walking and cycling the streets and enjoying the city’s people, stores and restaurants, and most of all, its amazing buildings.

Now that I spend most of my time in the country, I miss one feature of New York buildings that just doesn’t show up in most other places – window gates. They decorate brownstones, surround air conditioners, keep children from falling out of highrises and, softened by bright red geraniums and draping green ivy, protect tens of thousands of New Yorkers from break-ins and burglaries.

They even add a certain elegance to the glazed-white-brick apartment houses that everyone loves to hate in east midtown. They didn’t always strike me that way. When I first moved to the city I perceived them as bars, not gates. The only barred windows I’d ever seen were in prisons, and those were clearly designed to keep people in, not out. I pitied the people who lived behind them.

But like many attributes of the Big Apple, window gates grew on me as I began to understand why they were so popular, and so necessary. NYC wasn’t a very safe place in 1970 (though it was never as dangerous as most people seemed to believe), and those half-inch square wrought iron bars made a point. In no uncertain terms they told would-be burglars, “Don’t even think about it.”

The point was driven home further by a few horror stories from the Times, the News and the Post about children falling out of 10th-story apartments (so did one cat, surviving a fall from the 11th floor, as I recall). I still wasn’t crazy about the cheap safety gates of aluminum or steel alloys that were deemed essential for highrise-dwelling families with children, especially the accordion-fold ones with (illegal) padlocks that blocked access to fire escapes.

They’re ugly, not particularly secure, easily manipulated by a determined kid, and not at all hard to pry out by a determined burglar. But wrought iron. What beauty, what quality, what style! Graceful curves accommodate planters bursting with flowers or serve as an elegant encasement for a mundane air conditioner. A delicate fleur-de-lis softens the straight lines of a vertical gate, and crosshatched iron alloys create a diamond-shaped pattern like antique leaded glass. Horizontal white gates recall Venetian blinds rather than prison bars.

Even high-security gates with both horizontal and vertical bars painted white can make a plain window look like one with 12-over-12 panes. To me, they’re all beautiful. They’re really a city phenomenon, I suppose because city residents feel more vulnerable to crime than most suburban and small-town residents. Their main purpose is to provide security, and the particular value of quality gates like those at Mr. Locks is that they do it affordably and unobtrusively. In short, they’re among the most sensible inventions ever designed to protect people and property. They’re a phenomenon worth celebrating. And, like elegant doors with secure locks, well-designed window gates can also make a statement about the taste and values of the people who live behind them, while providing an unending feast for the eyes of passersby.

While prowling the Internet I found pictures of a wonderful old house in Cuernavaca, Mexico, and of a set of gated Moorish arched windows in an outside wall. And of course I familiarized myself with the full range of window gates available at Mr. Locks, Inc., which has one of the most wonderful selections I’ve ever seen, most of them custom-built to your specifications.

If you need to install gates on your windows, as you should, pay Mr. Locks a visit. I also had what I think is a terrific idea. Everyone has seen the best-selling poster, “The Doors of Dublin,” or one of the many knock-offs that followed (The Doors of . . . Brooklyn, Chicago, London, and who knows where else). Imagine a beautifully photographed, handsomely designed and printed poster, “The Windows of New York,” showing the five boroughs’ incomparable window gates in all their variety and beauty. I bet it would be a best-seller, too.