Electromagnetic locks provide a great combination of safety and convenience, and are suitable for single or double doors, indoor and outdoor doors, heavy duty doors, glass doors, metal doors and gates. Mr. Locks install only high-quality magnetic door lock systems from brands that you can trust.

Magnetic Locks Installation: Mr. Locks can help you to choose the right magnetic door locks to meet your needs and the building requirements. Our professional locksmiths can install secure and elegant magnetic locks for your office, business or for other industrial / commercial facility.

Magnetic Locks Repair & Replacement: We also offer magnetic lock repairs and replacements if your maglock is broken, or is not holding or releasing. In case your maglock is not working properly, we can send a technician to diagnose the problem and repair or replace the faulty parts. 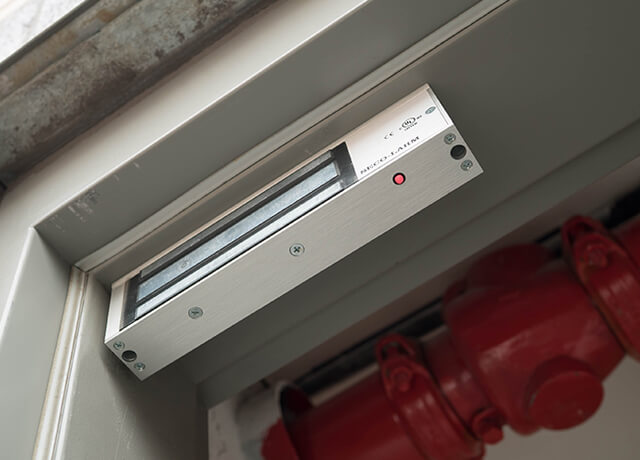 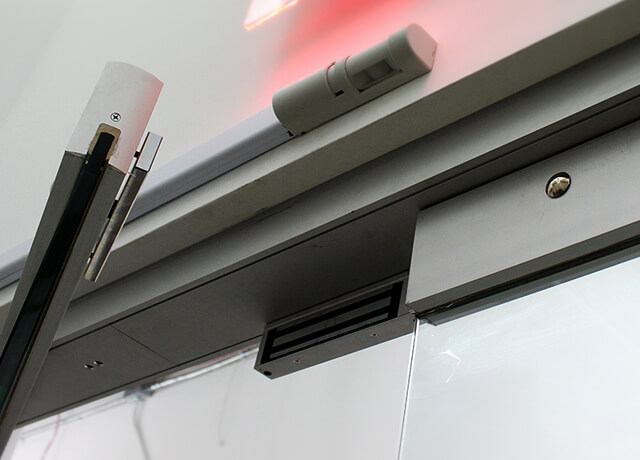 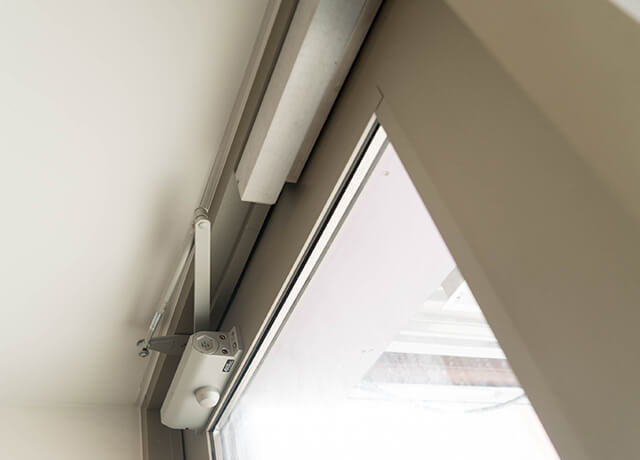 How Do Magnetic Locks Work?

Magnetic locks utilize a powerful electromagnetic current that keeps the door firmly locked with hundreds of pounds of force. The most magnetic locks available with a holding force of 300lb, 600lb, 1200lb and 1800lb.

To open the door, simply use a card or keypad to activate the control button. When you are close enough with your card/keyfob, or by typing a code, the current will be reduced, and the door will open with just a light push. Magnetic locks have no interconnecting parts, meaning they are easy to install and maintain, while still being incredibly durable.

Magnetic locks, like electric strikes, use electromagnetism to control the locking mechanism. They rely on electric power, whether from a building current or a battery, and as a result they’re as dependable as a refrigerator, TV, or bedside alarm clock (though like any other household appliance they can also be vulnerable to power failure). But because no key is needed to operate magnetic locks, mag-locks can’t be picked – and you’ll never be locked out because you’ve lost the key. It’s important to note that only a qualified locksmith may install this type of locks.

The core of a magnetic lock control system is an electromagnet made of advanced metal alloys. When electric power activates it, the bolt slides in or out, up or down, along its U-shaped channel to lock or unlock the door. Some mag-locks also incorporate timing mechanisms that allow them to operate only at certain times – during business hours, for example. Others have “transaction memory,” which can record every use or attempted use. This function can be especially valuable with locks that use number-pads rather than coded cards: if an unauthorized person tries to gain access using incorrect codes more than twice, for example, the lock can automatically set off an alarm.

Magnetic locks work only with DC current, usually 12 to 24 volts. Many systems utilize batteries to provide the power, but others are wired into the building’s AC current, which is converted to DC by an internal transformer. Because the locking mechanism relies on the electromagnetic charge, mag-locks fail if the power fails, and the lock will open: they are fail-safe, meaning that they stop working if the power goes off. (Locks using AC power, like electric strikes, remain locked when the power goes out: they are fail-secure.) The best mag-lock designs use batteries, with converted AC current as a backup, or the reverse: they use the building’s AC current (converted to DC) with batteries for backup.

Whatever their power source, while access from the outside requires electric power, most magnetic locks can be opened from the inside without electricity, making egress in an emergency safe and reliable. One typical exception is in high-security applications like prisons, where both ingress and egress are controlled.

Magnetic locks are designed to read a variety of different coding mechanisms such as smart cards, proximity readers, and keypads. That versatility makes them ideal for both institutional or business use and for home use. If an employee is dismissed, for example, his or her magnetic code can be immediately deactivated, so that that single smart card no longer works. If a lock uses a numbered keypad, the coding can be changed quickly and easily, with the new code given only to those authorized. For home use, each family member can be given a different access code, making it easy to track when a delinquent teenager finally got home! The code can also easily be changed or deactivated if needed – in the case, say, of an intransigent former boyfriend or girlfriend, or an unfriendly divorce.

Another benefit of electromagnetic locks is that they’re silent. When you are “buzzed in” to an apartment building, that buzzer signals that AC power is being used – it’s the sound of AC current passing through an electric strike. But if you hear only the soft click of the bolt being released, it’s the silence of DC power, most likely using a magnetic lock. Generally, though, the AC strike lasts only as long as you hear the buzzer; after that, the door relocks. For home use, the silent magnetic lock is generally preferred.

Bear in mind that, as an electric appliance, magnetic locks must be properly installed to ensure that they’re not susceptible to fire. Although Do-It-Yourself aficionados can install their own battery-operated mag-locks, it’s always best to use a professional installer, who will also know the local safety codes that must be followed.

Now, for those who worry about these things, the power consumption of a magnetic lock – even one using AC power and a transformer – is so minimal as to be unnoticed on your Con Ed bill. And there’s no reason to fear having a “residual electromagnetic aura” hanging around your front door: you won’t!