When it comes to home or business security, the addition of a deadbolt lock is one of the most important things you can do, to secure your property. Deadbolt locks offer extra security for your home or business, and make forced entry extremely difficult.

At Mr. Locks, we provide professional deadbolt lock installations, repairs and replacements in New York City including Manhattan, Brooklyn, Queens, The Bronx and Staten Island. Our lock experts will help you choose the right deadbolts according your needs. Then, our skilled locksmiths will professionally install your locks, and give your home or business the security upgrade that it needs.

We highly recommend installing deadbolt locks on your front door, back door, garage door, gate and wherever else you might need a little extra protection. 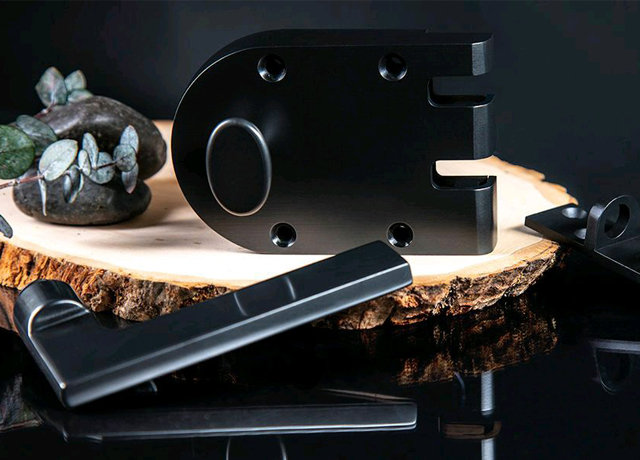 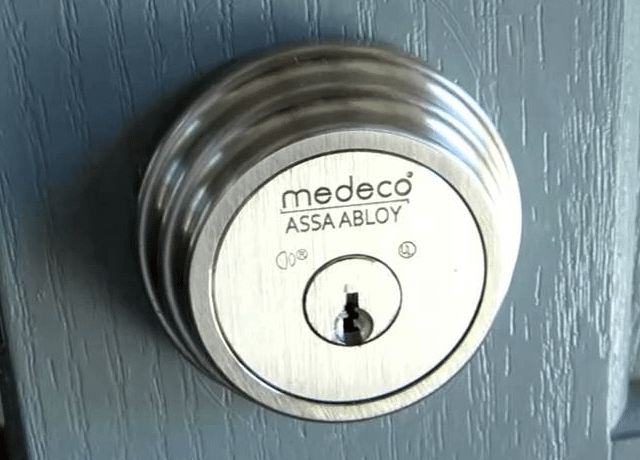 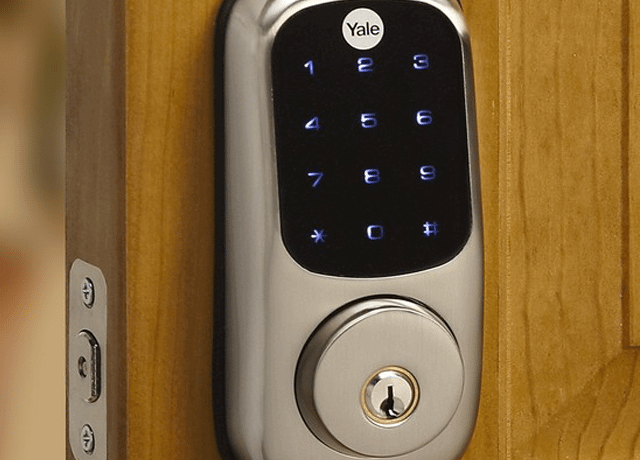 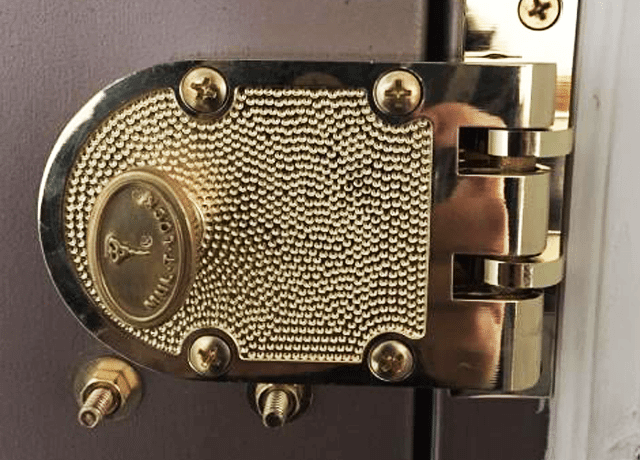 Deadbolts are strong, reliable, and great for your security – whether you want to protect your family, home, or your commercial business. If you are looking to installing a deadbolt, rekey a deadbolt, repairing a deadbolt, removing a deadbolt or any other service, we can help you! Inform us now with your deadbolt needs and we will provide you with different options that will surely suit your needs and budget.

Not in use
How to choose a deadbolt lock?

There are many types of deadbolt on the market. They come in all different shapes and sizes, types, brands and security levels (Grade 1,2,3). We can help you choose the right deadbolt for your needs and budget. Our impartial advice allows you to understand your options, and make the best purchase.

We only recommend and install the best deadbolt locks from the most high quality and well established brands out there. We work with deadbolts from Mul-T-Lock, Schlage, Kwikset, Medeco, Emtek, Yale, Baldwin, Assa, Segal and more. We guarantee the quality and durability of our products.

We offer the following types of deadbolt:

Once you have made your decision, and picked the best deadbolt(s) for your security needs, our highly trained and experienced technicians will install them for you.

Do you offer repair services for deadbolt locks?

As well as providing expert advice and deadbolt installations, Mr. Locks offer repairs and replacements for your existing deadbolt locks. If you have any of the following problems with your deadbolts, call us and we will make the repairs, and restore your security to its former glory:

If your locks are beyond repair, or you would rather replace your existing deadbolt, then we can also replace your deadbolt.

What are the differences between Single Cylinder and Double Cylinder?

The deadbolt is the most widespread style of bolt lock for a very good reason: it works. The principle is simple enough. With one hinged component – the door – and one immovable one – the framing wall – the best way to keep them together is to connect them with a strong shaft that penetrates from one into the center of the other. There are two aspects of the shaft – length and strength – that make a big difference to the efficacy of the lock. The length of the shaft allows it to penetrate farther into the immovable frame, and its strength makes it more or less possible to cut through. Much of the value of a long shaft has to do with physics.

The pressure necessary to push the shaft of the deadbolt through the frame increases in proportion to the depth it’s embedded in the frame. I’m not a physicist, and the way geometric progressions work is something like a foreign language to me, so I won’t even try to explain them. What’s important to know is that if the shaft pushes one inch past the strike-plate into the frame, it takes far more pressure to break through the frame than if it penetrates only one-half inch, for the simple reason that there’s a lot more frame material – usually a wood or aluminum stud, but sometimes a steel door jamb – that has to be pushed through.

As for strength, deadbolt shafts are made of many materials, the most common of which are steel and steel alloys. Steel can be manufactured in a variety of ways that strengthen and harden it. Tempering Steel is made of iron ore, and its properties have been known for nearly two thousand years. Unlike wrought iron, which is relatively soft and workable, steel is iron ore smelted with carbon. The carbon is usually a very small component, from .4 or .5 percent to just over one percent, but it’s essential to make the ore workable and subject to hardening.

But the harder the steel after cooling, the more brittle it is, as well. In order to remove the brittleness, it must be reheated (to anywhere between 450 and 1,350 degrees), and the proper procedure allows it to be reheated without losing its strength. The reheated metal can be worked into all sorts of useful objects like deadbolt shafts that, when cooled again, are far harder than nontempered metal. Other materials can also be introduced into the steel during the smelting process to add to the strength provided by the iron carbide. Zinc, chromium, manganese, titanium, and nickel are among those frequently found in steel alloys. A third factor that impacts the level of security offered by a deadbolt has little to do with the bolt itself.

Vertical sliding shackle bolt locks pin the door into its frame at the top and bottom. For sliding doors, they can keep either door from moving; for French doors, if one of the two movable doors is solidly bolted into the frame, it functions as a frame itself to keep the other from being pushed in. Depending on the design of the doors and the bolt you choose, the shackle bolt can go directly into the framing timber or into a metal shackle attached to the top frame. A bottom shackle bolt can go directly into the floor joists or sub-floor. Whatever your house or apartment design, you should make sure that every exterior door has some kind of deadbolt. The locksmith experts at Mr. Locks, Inc. will be glad to provide your house and your doors with the security your family deserves.